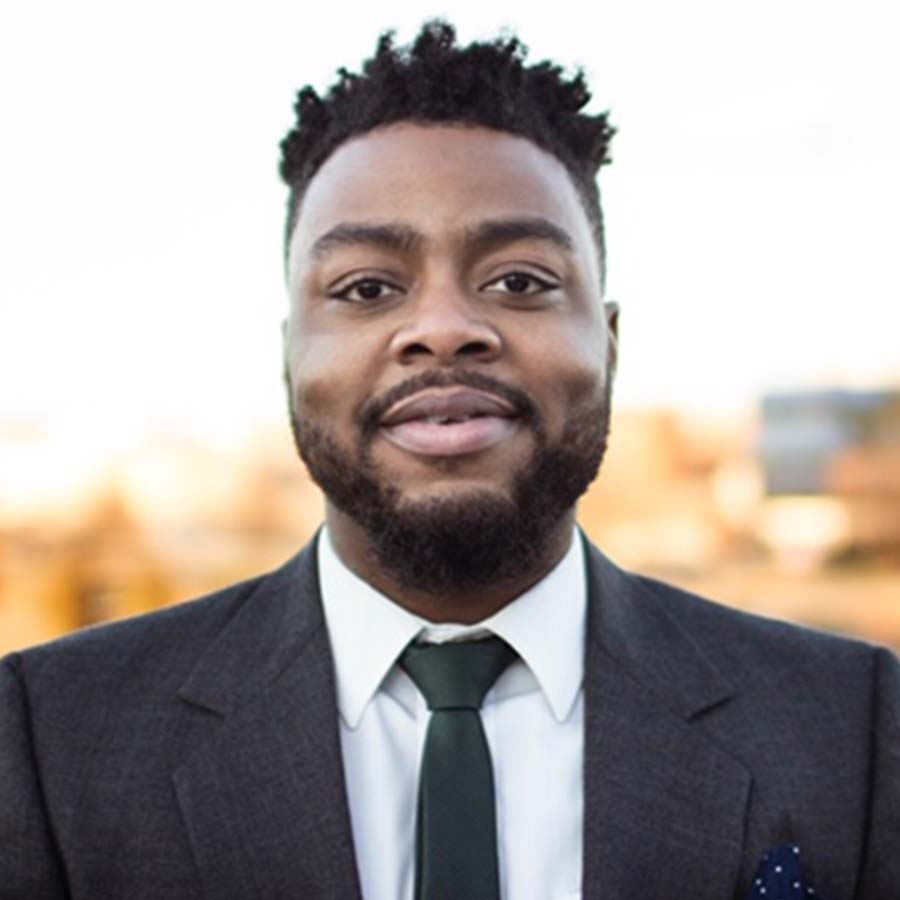 Reginald Golden is an artist who uses his gifts as a vocalist, music director, songwriter, producer, and educator to inspire love for Creator, community, and Blackness.  Golden’s love for music was birthed in Cleveland, Ohio among a family of musicians and ministers.  He enrolled at Howard University in the fall of 2008 where his skill and passion developed exponentially.  Major study with Charlotte Holloman, Gregory Hopkins [classical voice], Connaitre Miller, [jazz voice, arranging, Afro Blue], Benita Gladney [education], and J. Weldon Norris [conducting, history, University Choir] helped him earn Bachelor and Master of Music degrees in Jazz Studies and Music Education, respectively.  Reginald became director of the Howard Gospel Choir in 2011 and led the effort that released Glorious God in 2016.  The album brought the historic choir’s first major release after twenty years and two Stellar Award nominations in 2017.

In just over five years, an invitation to “fill-in” with the Senior Choir has grown into the opportunity to serve as a worship leader and staff director for HMCC, YPC, YAFE, and in a humbling full-circle moment, the same choir of anthem and spirituals that first brought him to the landmark Metropolitan Baptist Church.